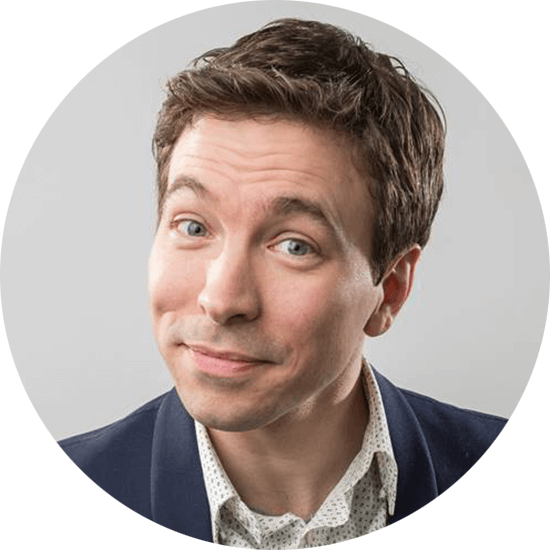 Graham is a familiar face at the Just for Laughs festival, as well as on Just for Laughs tours, coast to coast in Canada and as far away as Bermuda. He has shared the stage on the theatre tours of Howie Mandel, Gad Elmaleh, John Pinette, Brent Butt, Bob Saget and more.

Graham has his own award-nominated special on CTV, has hosted talk shows on MTV, and The Comedy Network, and written for shows such as CBC’s Mr. D and Still Standing. You may also recognize his voice from CBC Radio’s acclaimed comedy show, The Debaters. Graham’s new one hour comedy special “Reluctant Adult” premiered on CraveTV in 2018.